Over the past couple of years paragliding tourism in Denmark has increased exponentially , and we
are very happy to see that our European friends are finding our small country worth visiting, and
we are generally welcoming to all pilots.
But as you probably have experienced yourself, increased interest for flying in a country comes
with challenges, which need to be dealt with in due time in order to mitigate conflicts of interest
that arise, when different groups occupy the same space. .

In Denmark we have several challenges concerning visiting pilots, in particular visiting pilots and
paragliding schools not following our national rules and regulations. We are very much aware of
that it is only a small few that cause problems for the many, however the Danish Hang gliding and
Paragliding Association (DHPU) is obliged to react to situations which can result in negative
consequences for our members.

Because of this, I will kindly ask you to inform your pilots to comply with national rules and
regulations and to exhibit good airmanship and respect private property. One of our most valued
flying sights in Jutland has already become a no-fly zone, due to poor airmanship exhibited by
visiting paragliding schools, resulting in the displacement of grazing cattle. DHPU is familiar with
which schools that are causing the biggest challenges, and we will evaluate on how to proceed to
resolve these in a way which benefits all pilots flying in Denmark.

Another challenge that we need to look at is that Danish legislation does not permit schooling
activities without at Danish instructors license issued by the DHPU, this is yet. We hope that in the
near future can come up with a pragmatic solution to this, so visiting schools can legally engage in
schooling activities within Danish airspace. If we are not able to mitigate the arising problems
resulting from visiting pilots, we may be forced to incur mandatory registration for foreign pilots,
this is not something the DHPU are directly interested in, as we wish to keep it all as simple as
possible for all, and put emphasis on the “free” in free-flying.

Visiting pilots are always welcome to contact our office if they are in doubt how to be compliant
with our rules and regulations, and they can also visit our homepage to find all relevant
information. ( https://dhpu.dk/for-visiting-pilots/ )
Regards
Michael Olesen
Chairman

I am writing to you in my capacity as European Hang Gliding and Paragliding Union
Airworthiness Officer. I have asked for the help of your country’s European Safety and
Training Committee representative to collect your opinion on the flight safety characteristics
standard EN 926-2, in light of your position as a paraglider pilot with a professional interest in
the standard.

The paraglider flight test standard (EN 926-2) has existed in its current form since 2013. It is
the result of over 20 years work by experts from many European countries; representing Pilots’
Associations, Test Houses and Manufacturers. The individuals concerned have all worked
together within the framework of the European Standardisation Organisation, CEN (hence the
EN designation of the Standard). The group responsible for drafting paragliding equipment
standards is Working Group 6 (WG6) and is a sub-committee of Technical Committee 136. All
the members of WG6 formally represent, and are delegates of, the National Standards
Organisations of their home countries (for example, DIN for Germany, AFNOR for France and
BSI for the UK).

The objective of all CEN working groups is to achieve consensus agreement on the content of
the Standards under their remit – this is sometimes not easy to achieve.
Five years after the current version was formally adopted, WG6 is about to begin a major
revision of EN 926-2. Glider designs have clearly evolved in the past five years, and there is
now considerable experience using the current standard and flying the gliders that have been
certified through it. WG6 want to take this opportunity to seek views from all our stakeholders
(Associations, Designers, Manufacturers, Test Houses and Test Pilots) on how the Standard
should be developed further.
It is important to appreciate the philosophy under which the current Standard was developed;
and WG6 is seeking opinions on this as well as detailed comments on the current test
manoeuvres.

The objective of the flight test standard is to assess the response and stability of a glider to
both pilot inputs and turbulence. Because it is impossible to create “standard turbulence”
through which gliders can be flown, we are forced to depend on test pilots creating artificial
disturbances (e.g. pulling on the front risers to create symmetric collapses or on one side to
create an asymmetric collapse) to simulate the effects of real air movements. The current EN
926-2 (incidentally, EN 926-1 is the associated strength and shock test standard) was
developed with two main ideas behind it. One was that it would classify gliders on the basis of
their behaviour during the tests and their assessed suitability for pilots with defined levels of
skill and experience – and not just be a “pass or fail” test. The second key idea was that the
standard should aim to be as objective as possible, and not depend on the opinion of
individual test pilots.

WG6 set out to describe the way in which a test pilot should initiate each manoeuvre; the test
pilot would then allow the glider to respond (generally with no further input) and the resulting
behaviour of the glider would be measured (currently by the test pilots backed up with video
evidence). In many cases the test manoeuvres are designed to simulate the effects of
Page 2 of 4

turbulence (e.g. symmetric and asymmetric collapses); in others to assess the gliders’
response to the application of significant control inputs (e.g. stalls and spiral dives).
The intended approach was that manufacturers would continue to design gliders with
particular types of pilot in mind; and then submit these gliders for testing, to confirm that they
met (or perhaps improved on) the test requirements for that class. The current situation with B
Class gliders demonstrates that this has not happened in practice. It is apparent that some
gliders which are described as “High-End B” gliders (and pass the tests at the level required
for the B Class) are really more suited for “C Class Pilots” – and if the intended philosophy had
been followed, would have been classified as “C” gliders (notwithstanding their test results).
One of the first things that WG6 will be doing is reviewing and revising the descriptions of the
pilot skills and experience that lie at the heart of the current classes (see below). It is worth
pointing out that the reason that the current “B Class” includes mention of “pilots under
training” is that when the standard was initially being developed, there were no gliders that
could pass in the “A Class” (indeed some manufacturers were doubtful that such gliders could
even be created; with such docile and predictable responses to collapses and extreme control
inputs). Because in some countries it would be legally problematic to use equipment in a
training school that was not stated to be suitable for beginners, we were obliged to allow for
the use of “B Class” gliders in schools.
I am interested in getting views on the number of Classes (more or fewer than four?) and at
what levels of pilot they should be aimed, as well as how the standard could best describe
these “pilot classes”.

Any additional test manoeuvres would increase the cost of the certification testing (and hence
the price of gliders, particularly those which might sell in fewer numbers, like those for very
light pilots). In view of this WG6 will be considering altering the current philosophy that all tests
must be performed at both the maximum and minimum certified weights. Perhaps some tests
might be complete only around the middle of the weight range?
Are there any new tests that can be suggested to assist in grading glider behaviour? Any tests
that would encourage predictable and progressive responses to turbulence (particularly for the
lower glider classes)? Are there any current tests that are not useful in classifying glider
behaviour?
This questionnaire is designed to collect input in a way that I hope can be used to inform
discussions within WG6. Thanks in advance for your time in completing the form below. If you
are able to respond in English, that would be most helpful.
Angus Pinkerton, EHPU Airworthiness Officer.
Page 3 of 4
Survey:

“The four classes (A,B,C,D) in EN 926-2 – please state whether in your opinion:
A) The classes work – they are easy to understand by the majority of pilots and they
require no modification.

B) The classes require modification, but the system of four pilot classes should be
retained.

C) There are too many classes (how few would you suggest)

D) There are too few classes (more than four, how many?)

E) The class system no longer works and needs to be changed.

Please choose either A, B, C, D or E, and provide reasons for your choice. If you would
prefer to change the number of classes, please explain how they could be distinguished.

If you are familiar with the tests in EN 926-2 and have specific comments, please provide
your comments (and the test they relate to) below.
(space for comments)
Please provide your name, a brief statement on your background and experience, the
nature of your work (i.e. SIV instructor, test pilot, independent paraglider reviewer), and
an email address so that we can contact you (if you permit to being contacted). 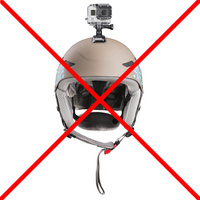